The Church Building of St Mary’s: 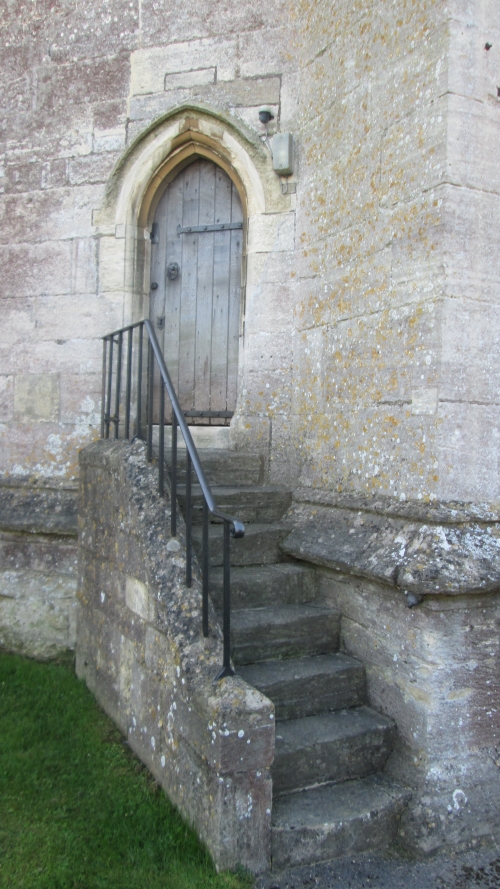 The Domesday Survey of AD 1086 records that there was a priest in Painswick from which it may be assumed that  a church stood on this site in Saxon times. The first church building was probably built about 1040, and then added to in the Thirteenth century by the De Laci Family, who were Lords of the Manor after the Norman Conquest.  The oldest part of the church still standing is St Peter’s Chapel, which is the side chapel on the North-East side of the church building, to the left of the nave as you face the altar from the back of the church building. The Chapel was built in about 1377 and is dedicated to St Peter who was the patron saint of the de Laci family.  It is known that the North Aisle, St Peter’s Chapel and the inner Chancel were erected between 1377 and 1401. The tower was added in 1430, building of the Nave was commenced in 1480 and the sanctuary and present High Altar date from 1546. The church’s 15th century nave and tower are conventionally Perpendicular.

The original spire was erected on the tower in 1632. It has been rebuilt more than once since. Within 12 years it was besieged by Royalist troops who used cannon and firebombs to drive out the Parliamentarians quartered inside. There is graffiti on one of the columns left by one of the soldiers during the siege.

The south Aisle added in 1741. Most of the interior date from successive restorations in the late 19th or early 20th centuries, although the excellent classical reredos in the south chancel aisle is of 1743, also by Bryan. In 1934 the church was restored and the Rood Loft was installed in 1938. The ninety nine yew trees and the unique ledger tombs date from the early eighteenth century.

Painswick has fine kneelers, some 300 in all, today’s chief contribution to church craftsmanship. The project took four years and involved some sixty people working to an overall design by Anne Yeo, a sacristan.  The kneelers depict Bible scenes, local societies and charities, views of the town, animal, birds and memorials to local people. They are more in tune with the medieval tradition of local craft than the bought-in stained glass.